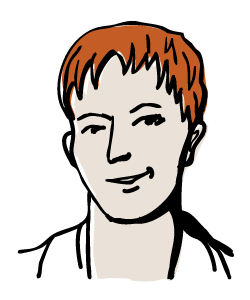 For years, I didn't understand why different manufacturing companies did things a certain way. I wanted to create a business that was just as successful as it was safe, so I started learning more and more about industrial and manufacturing standards. I learned that a lot of the different ways that people did things was completely based around safety, and it really opened my eyes up and helped me to make better choices in my own life. This blog is here to help other people to know how to stay safe when they build things, so you can enjoy a great life.

It's hard to find a piece of construction, industrial, or agricultural equipment that doesn't include some critical hydraulic systems. Backhoes of all shapes and sizes typically use multiple cylinders to control the boom, dipper, and bucket. These components are vital to the tool's operation but vulnerable to damage or normal wear and tear.

A "blowout" is a common term used to describe a variety of potential failures in these cylinders, usually characterized by escaping hydraulic fluid. Depending on the underlying problem, the machine may stop working immediately or slowly lose power as the hydraulic pressure drops. Whatever the case, repairing the failed cylinder is often a far cheaper option compared to replacement.

How Do You Know If Your Cylinder Requires Repair?

There are sometimes obvious signs of hydraulic cylinder failure, such as large spurts of hydraulic fluid flying from the machine as you try to perform work. Unfortunately, some failures may not produce such dramatic results. If your backhoe loses fluid from a relatively small leak, the fluid may drip down the arm and be challenging to spot from inside the cab.

In some cases, leaks can be relatively minor and may not initially produce enough fluid to cause a noticeable drip. It's a good idea to carefully check around the cylinder glands after using your backhoe to look for signs of leakage. Spotting and repairing a leak when it's still barely perceptible is often the best way to avoid causing substantial damage to the cylinder.

Are All Blown-Out Cylinders Repairable?

A cylinder blowout usually means that one or more seals in the cylinder are damaged enough to allow hydraulic fluid to seep out of the system. In most cases, there's no real difference between a major leak and a minor one. Because both typically originate with failing seals, all minor leaks will usually progress into major ones if given enough time.

The good news is that you don't usually need to replace your cylinder because of a leak. A shop with experience in hydraulic systems can disassemble the cylinder, identify the failing seals, and replace them or rebuild the cylinder without requiring a new replacement part. This approach is usually much more cost-effective than buying an entirely new cylinder.

However, addressing any leaks as soon as possible is important. Even minor leaks, especially near the gland seal, can allow dirt and debris to enter the normally sealed barrel. This debris can damage the hydraulic cylinder's piston or even affect other parts of your backhoe's hydraulic system. Quickly identifying and repairing cylinder leaks is the best way to avoid these costly failures.